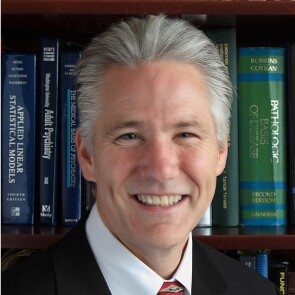 epression is the leading cause of disability worldwide, yet effective treatment options remain elusive for many battling with it: More than half of all patients don’t respond to the first type of antidepressant medication they're given, and one-third don’t find relief even after trying four different types of treatment.

"I Have Treatment-Resistant Depression": What It's Like to Live With the Challenging Mental Illness

In honor of Mental Health Month, we sat down with the researcher to hear about some of the groundbreaking work his neuroscience team is spearheading.

What inspired you to pursue a career focused on studying mental illness?

My interest began back in high school, when some of my friends started struggling with depression.

As a college student, I participated in a community service program in Chicago that involved befriending and talking to patients at a mental health center. It was clear that many of them were in deep pain, and I wanted to gain a better understanding of how their brain chemistry caused their psychiatric problems, because it seemed to me there was an urgent need to come up with better treatments.

When I started to study psychiatry in medical school and as a resident, I realized that, with mood disorders, you can use imaging technology to physically see the differences in a patient’s brain when they’re having symptoms versus when they’re not. This helps us understand the biology of major depression and how it can affect people differently, which may also explain why not all patients get better with treatment.

6 Things We Now Know About Depression

I realized that I wanted to be one of the scientists working on unique drugs to reach those nonresponders. So I spent about 20 years in academia researching mental illness and existing treatments, while also trying to develop new drugs.

What I eventually realized is that to truly make a dent in this field, I needed to be part of a big company with the infrastructure to take an experimental drug all the way through development, regulatory approval and commercialization. That’s the main reason I joined Janssen nearly seven years ago.

What do you think are the biggest barriers to getting treatment for depression?

Even with the advent of new drugs, suicide rates have risen by more than 30% since 1999 in half of the states in the U.S., and one of the leading triggers for suicide, unfortunately, is major depressive disorder and other mood disorders. Yet only about 30% of adults diagnosed with depression ultimately end up receiving treatment, according to a 2016 JAMA study.

One reason that such a low proportion of affected people receives treatment is that many people don’t recognize their symptoms as depression. If someone has had a family member or friend who has struggled with it, they may realize they are showing signs, but oftentimes the presentation is different than just feeling “depressed.” It’s more than just a bad mood—it often involves trouble sleeping, appetite changes, obsessively ruminating about negative things, becoming socially withdrawn and, in general, losing interest in things like work, family and hobbies.

Even though many mood disorders, such as major depressive disorder and bipolar disorders, have a strong genetic base, we still haven’t been able to completely distinguish what’s hereditary, and what’s environmental. There's so much of depression that's still a mystery.

People don’t realize they need help. This is what makes the disease so dangerous.

There are also the limitations of existing treatments. One major reason why medicines that are already on the market don’t work for many people is because depression itself is so heterogenous, or diverse—no two people are affected the same way. We don’t have definitive biological markers to measure in the blood and brain to help us figure out the best medication for an individual patient.

Even though many mood disorders, such as major depressive disorder and bipolar disorders, also have a strong genetic base—they often run in families—we still haven’t been able to completely distinguish what’s hereditary, and what’s environmental. There’s so much of depression that’s still a mystery, and because of this, it has been extremely challenging to develop new medications.

You've been working on new ways to help address treatment-resistant depression. What is that?

Treatment-resistant depression (TRD) is a diagnosis given to people with major depressive disorder who haven’t adequately responded to at least two different antidepressants taken at an adequate dose and duration during a current episode of depression. One-third of patients with major depressive disorder try multiple antidepressants without success and are considered treatment-resistant. 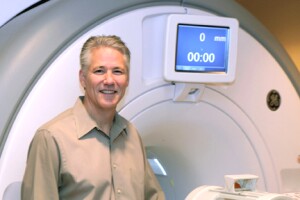 For these people, the "gold standard" treatment option available for TRD has been electroconvulsive therapy, a procedure where small electric currents are passed through the brain, triggering a seizure. This generally can only be done in a hospital, under anesthesia, and can cause side effects, such as confusion and memory loss. As a result, many who might benefit from it avoid this treatment.

So we've been working on a rapidly acting treatment that targets a different pathway in the brain than that of current antidepressants to help people with TRD. Finding a rapid therapy is key for these people who can be severely depressed and at increased risk for suicide.

What other innovative and exciting research work is your team doing?

We currently have several different compounds in development aimed at addressing the unmet clinical needs that persist in the mood disorder field. Some of these new treatments involve mechanisms that target neurocircuits that may play major roles in the development and progression of depression.

For example, there are certain circuits involved in processing how we learn which stimuli, social interactions or activities are rewarding. These are frequently impaired in people with major depressive disorder. Some of the new treatments we're working on act to regulate these circuits, potentially allowing us to restore to normal the ability of depressed patients to experience motivation, pleasure and happiness.

New Year, New Vision: Meet a Scientist Who Spends His Days Studying the Microscopic World of the Microbiome

My colleagues in the mood disease and neuroscience areas have a clear understanding of how serious depression is, how lethal it can be—and how devastating it is for patients and their families. As a result, we’ve worked diligently and thoughtfully together to help treat these patients' needs. As long as there are people out there with severe mood disorders, our team remains committed to helping them. 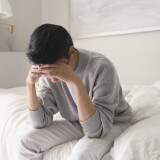 Important News About Treatment-Resistant Depression
Learn about a new Johnson & Johnson advance in depression.
Get the details
5x社区视费视频在线5xsq