The results are in, and Johnson & Johnson has been named to Fortune’s list of the World’s Most Admired Companies for the 17th year, ranking in the top 20. Johnson & Johnson also placed #1 in the Pharmaceutical category worldwide for the sixth consecutive year, making it the highest-ranked healthcare company to appear on the top companies list in 2019.

To compile its annual list of the best-regarded companies around the globe, Fortune asked hundreds of executives to rate organizations across dozens of industries on such criteria as quality of management, innovativeness, social responsibility and an ability to attract and retain talented people.

The recognition is particularly rewarding for the company since much of the judging criteria aligns with the values outlined in Our Credo, Johnson & Johnson's guiding mission statement, which celebrated its 75th anniversary in 2018.

In 2018, the company delivered on its promise to be a positive force in the world with such impactful commitments as its announcement of a $10 million pledge to UNICEF.

How a World's Most Admired Company Lives Up to Its Credo
One of the key tenets of Our Credo is a responsibility to be a positive force in the world. 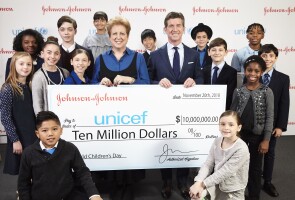 In 2018, the company delivered on that promise with such impactful commitments as its announcement of a $10 million pledge to UNICEF to help fund clinical training and technological support for frontline health workers worldwide who deliver critical care to newborns, children and mothers—one of the largest donations in Johnson & Johnson's history.

The company also pledged to help another vulnerable population—HIV-infected children. Janssen Pharmaceutica NV, part of the Janssen Pharmaceutical Companies of Johnson & Johnson, announced that it’s working with the U.S. President’s Emergency Plan for AIDS Relief to help more children with HIV in the developing world gain access to lifesaving treatment.

Our Credo also details a responsibility to the company’s employees, and one way Johnson & Johnson helps care for its workforce is by offering distinctive benefits to help boost well-being. Two new offerings the company debuted last year: Financial Wellness for Life, a free money coaching program that provides U.S. employees with professional advice on how to better manage their finances, and the free meQuilibrium app that encourages employees in the U.S. and Puerto Rico to adopt behaviors that can help keep them healthy and energized, like guided meditation.

Another tenet found in Our Credo—that's also part of Fortune's judging criteria—is a commitment to innovation. That pioneering spirit has been at the forefront of the company's work over the past year, such as the first-of-their-kind Acuvue Oasys? with Transitions? Light Intelligent Technology? contact lenses, which were announced in 2018 and will be available later this year. The lenses feature a photochromic filter that allows them to respond to changes in light and darken accordingly. Another cutting-edge innovation, Neutrogena Skin360?, uses dermatologist-grade technology to analyze skin, show how it's changing over time and help assess if a beauty regimen is achieving results—all via a smartphone.

New Year, New Vision: Meet a Man Tasked With Investing in What Could Be the World's Next Great Medical Discoveries

The company's commitment to new ideas also shows in its support of external innovation. In 2018, Johnson & Johnson Innovation - JJDC, Inc. (the company’s venture capital arm) deployed more than $450 million across some 46 investments, such as Magnolia Neurosciences, which is creating a new class of drugs that aim to protect neurons in the central nervous system. 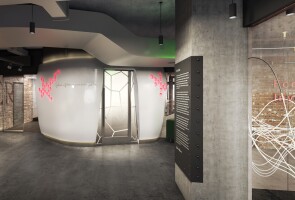 And, Johnson & Johnson Innovation, JLABS, the company's network of health sciences incubators, opened JLABS @ NYC (shown at right) in June with a focus on helping support start-ups innovating in the burgeoning health tech field, such as mobile technology that enables people to monitor their health through things like virtual doctor's visits and wearables.

All of the work the company does is rooted in its values, which are reinforced through exceptional leadership, another Fortune judging criterion. In June 2018, Alex Gorsky, Johnson & Johnson's Chairman and CEO, was named to Glassdoor's Employees' Choice Awards list of Top CEOs. And in November, Gorsky took on the #EmbracingSustainability Challenge, and highlighted just a few of the many ways he's encouraging the company to work toward a more sustainable future.

Johnson & Johnson is proud that the company's guiding principles have helped it to once again be recognized among the World’s Most Admired Companies. 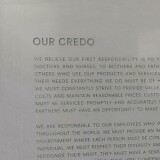 Bringing Our Credo to Life
Learn more about how this legendary document has helped guide decisions that have improved lives around the world.
Read the personal stories
Explore Careers
Explore Careers
Language
Language
5x社区视费视频在线5xsq